One of the defining characteristics of plants is unfortunately a limitation: their inability to move around. They have to reach out from where they are to find water and mates, or let those resources come to them, and they’re certainly disadvantaged when it comes to escaping danger (although many have evolved ingenious compensating strategies). Because of this limitation, the seed, the small but mobile plant part, holds great power. The seed has arguably the greatest power over a plant’s survival: it determines where the plant will forever live and grow by “choosing” when to germinate. Recent groundbreaking research has illustrated the almost decision-making power seeds possess for this purpose. 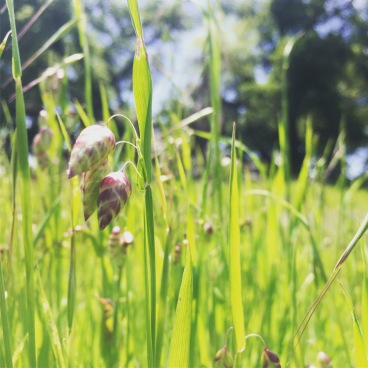 As a general rule, seeds move through space in a dormant state, waiting until conditions are right for germination. The timing of germination is crucial- the environment might be too cold if germination is too early, but too late and the plant will likely be outcompeted by surrounding plants who are already bigger. Seeds respond to environmental cues by producing the hormones abscisic acid (ABA) and gibberellin (GA), which promote dormancy and germination, respectively.

In a 2017 study of Arabidopsis, a fast-growing cress common in plant research, researchers mapped the 3-4000 cells in a seed and found that different cells produced these two antagonistic hormones, and that these cells were clustered in a dormancy group (ABA) and a germination group (GA) separated but near each other, and in the root tip of the seed. This layout is somewhat analogous to a “brain,” where differentated cells can send signals between each other, and the space between them is meaningful. The production and transport of more dormancy hormone (ABA) in this “brain” center of the seed maintains dormancy, and greater germination hormone (GA) stimulates germination. The researchers found that the physical separation of the cells is key because it allows the plant to more precisely respond to variations in temperature, which is an environmental signal of changing season.

Discoveries like this “brainy” cell layout in seeds are finally helping us appreciate agency that plants are capable of. In a managed setting like a garden, plants have us to determine their fates through propagation techniques. A plant off on its own appears to have a comparative disadvantage, but happily, recent science is giving us a better understanding of a plant’s own active role in its rebirth and survival.